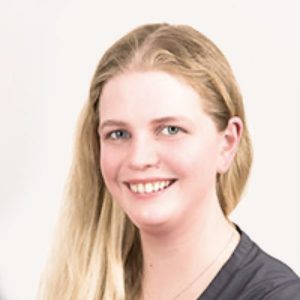 Case of Interest: For Great Danes, growing from a small puppy into one of the tallest dogs in the world can be exceedingly difficult. For Diesel, this explosive growth led to severe carpal valgus in both of his front legs.

Diagnostic History: Diesel began to develop severe carpal valgus as he grew into adulthood. In February 2020, his legs were in a normal straight position. By June, the valgus had developed to such an extent that the carpal joints were touching when he was in a standing position.

His veterinarian concluded that the uneven growth of the radii versus the ulnas caused the visible valgus. This may have been due to poor pre-natal and early life nutrition.

It was determined that he would benefit from the use of custom braces. My Pet’s Brace casted both of his carpal joints with his legs in a slightly straighter, more normal stance.

Diesel’s bilateral carpal braces were fabricated without joints and in a position that supports his legs in a more comfortable alignment. The braces reduce the chance of further degradation of the joints and protect the skin on the medial carpal joints from hitting each other while walking or standing.

Follow-Ups: Diesel’s had his braces for eight months and wears them for 4-5 hours a day when he is the most active. He is able to keep up with and rough house with the other dogs in the household. He is a happy dog that has a long life ahead.